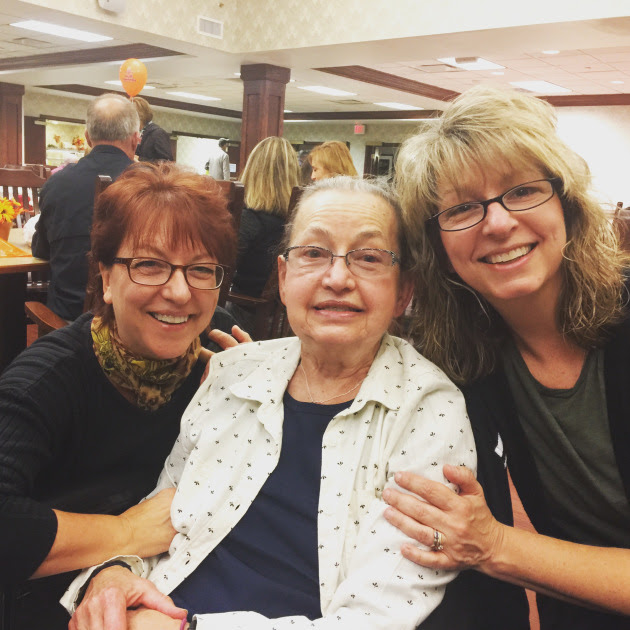 The rain was coming down in torrents, but we were determined to pray it away. Today was the day that mama had been looking forward to for weeks. It has been six months since her stroke that left her with a left-sided deficit, arm and leg, and blind in the left quadrant of both eyes. Her struggles have been real. She has been in three facilities and four hospitals, suffering while the doctors tried one drug after another. To say that it has been a whirlwind would be a vast understatement.

But, God in His loving role of caretaker, has pointed us to an amazing facility.  One in which mama is safe. She has not accepted this yet, though, as her forever home. She is a strong lady.  Filled with determination and persistence. We are searching daily for wisdom in finding that sweet spot between giving her hope and being realistic. She needs constant direction and 24/7 care for all of her daily needs.  Something that my sister and I cannot provide for her in our current life journey.

We have made her comfortable.  Decorated her room with her favorite quilt and pictures of her family.  We’re trying to see life through her view and mold things to provide her peace and stability. Encouragement has been an everyday goal.  We bought her a smartphone and continue to teach her how to use it so that we are always in touch.  We have those funny moments when we get a FaceTime and all you see is mama’s nose! Or she butt calls us and you hear her excusing herself for bumping into people with her wheelchair.  All in all, these past two weeks have been the most peaceful since the stroke placed her on a new life path.

Today was Octoberfest. The rain just wasn’t stopping.  We ran out of gas, got there a little late and my sister and I found ourselves soaked when we finally walked into her room.  Mama has lost the “it’s ok, I understand” filter part of her brain.  When she has a thought, out she comes with it.  So all of the above did not go well with her soul!  After her ranting…and then some much-needed re-directing, we finally headed toward the infamous Octoberfest.  Waiting in the hallway with wheelchairs lined up in single file just didn’t sit well with mama. So sis and I each took a side of the wheelchair and pushed her up the steep wet hill to the building that housed the event. Hahaha, just the picture of us sweating and out of breath, with mama sitting stoically like royalty in her wheelchair saying, you girls need to get into better shape, was enough to make anyone laugh.  Well, that was the beginning…

We collected our food and settled into a table at the front of the room, awaiting the band to start.  A three-man polka, jazz band. That’s when the laughter ensued.  Mama laughed and smiled and laughed again. Oh, that sweet sound of laughter and mama singing and clapping along to the band’s renditions of songs gone by was a precious sight to behold. 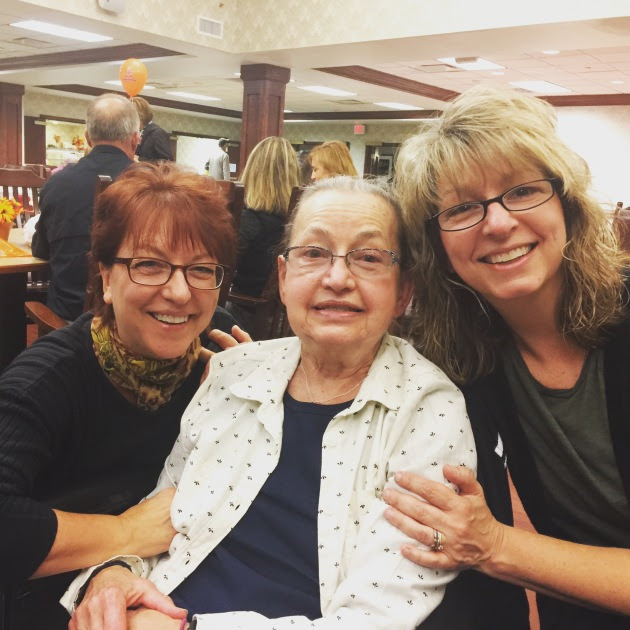 Then all of a sudden, the band breaks into Blue Moon. Directly in front of us, a sweet man puts his hand out to his wife, she smiles and takes his hand in hers.  He smiles back and covers her tiny hand with his strong, albeit withered one.  Oblivious to the fact that they had allowed all of us into this tender moment with them. They begin to dance.  Like one person, in two bodies.  It was so beautiful to see…Then, out of the corner of my eye, I see this little man-child reach over to his sister and do the same thing.  Apparently mimicking their grandparents.  They begin to ‘cut the rug’, alongside their grandparents.  Mama smiles.  I cried. It was an emotional moment filled with so many unspoken words. 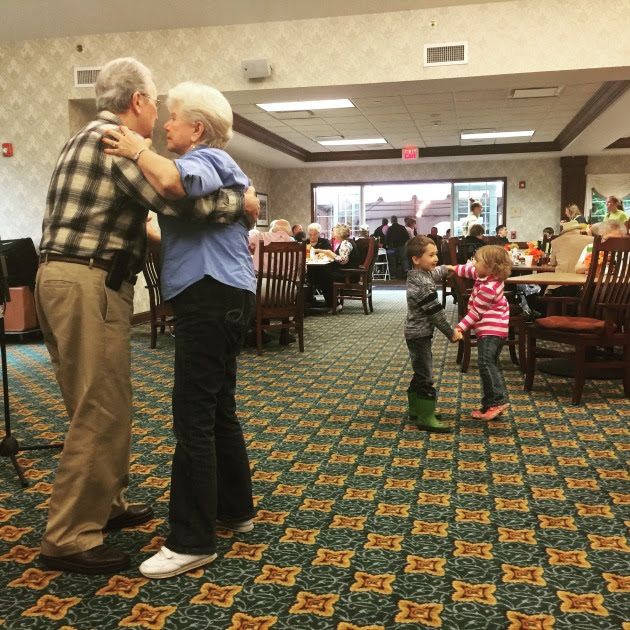 The rain had stopped.  The band had played.  People loved well.  Smiles emerged. God showed up. He had parted the clouds and brought some sunshine and laughter to what had started as a dark, rainy day.  So like our good, good Father!